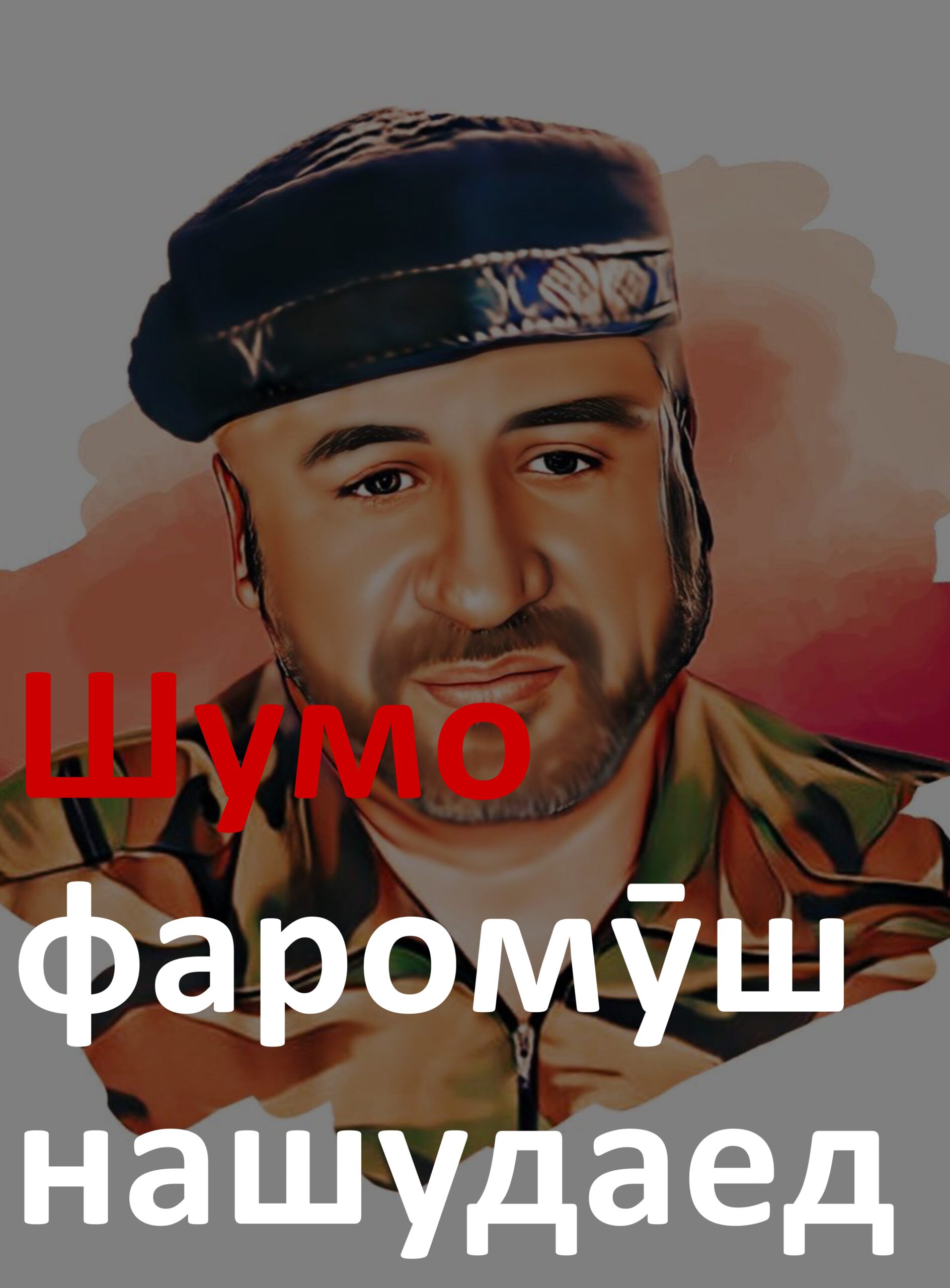 “You are not forgotten”, pledges Pamiris after the assassination of one of their charasmatic national leaders

Tashkent (16/8 -14.29). While the internet shutdown in Kazakhstan paralyzed all communication with and within the country for several days in early January, it is not the only place in Central Asia where the authorities trample protests with internet blackouts.

Located high up in the picturesque mountains of Tajikistan, along the border with China and Afghanistan, the Gorno-Badakhshan Autonomous Region, or GBAO, has remained without much contact with the outside world for the past three months.

“There is no internet at all. It is very hard to work. Only recently they gave internet to the banks so that people can withdraw money,” a 43-year-old man from Khorog, who requested anonymity, told The Diplomat via phone.

The internet blockade began in late November after thousands of Pamiris, an ethnic and religious Ismaili minority in the majority-Sunni Muslim country, took to the streets in the town of Khorog to protest the killing of a local man by the security services.

The victim, Gulbiddin Ziyobekov, was not a stranger to conflict with the authorities. In February 2020, he assaulted a deputy governor who allegedly sexually harassed a young woman after she had approached him seeking help. While a criminal investigation into the incident was opened, it was soon dropped following intervention of the then GBAO governor, Yodgor Faizov.

Ever since the end of the civil war in 1997, GBAO has been the only region in Tajikistan that has not given in to pressure from Dushanbe. While President Emomali Rahmon in 2015 delegalized the last opposition party in Tajikistan, which led to mass arrests and a large scale exodus from Tajikistan to Russia and Europe, the Pamirs has remained a beacon of resistance.

The president of 28 years, Emomali Rahmon, is seen by the Pamiri people as wanting control of the autonomous province of Gorno-Badakhshan (GBAO).

“We want justice and the truth about why our children’s blood was spilt,” said Pevistamo Aqdodovna Abdulmuminova, 65. Her son, Gulbiddin Ziyobekov, 29, was killed on 25 November last year by Tajik security forces during an operation in the village of Tavdem, in GBAO.

The Tajik authorities said Ziyobekov, who was the subject of a criminal investigation for allegedly harassing a Tajik prosecutor, resisted arrest and was killed in a shootout. But witness accounts and mobile phone footage, published weeks after, appear to show him being arbitrarily executed.

Given its unique traditions, language, and religion, the region enjoys autonomous status within the republic, but the central government has retained a heavy military presence in the region, too.

In the mountains of Badakhshan, local leaders and respected individuals are often part of an anti-systemic grey zone. Petty criminals, drug traffickers, military commanders and average locals are the only ones left to resist the dictatorial powers of the central government.

In 2012, 2014, and 2018, Pamiris rose up against the government and those who died in the clashes are remembered locally as war heroes.

Last November, time came for another chapter in the conflict. Faizov, the governor, lost his post and the investigation against Ziyobekov was resumed. Soon after, Ziyobekov’s body was found with several gun shot wounds. According to the authorities, the security services shot him in self-defense. But nobody in Khorog believed this version of events. When the news about the killing reached the local population, thousands took to the streets in central Khorog to demand justice.

Muhammad, whose name has been changed to protect his identity, was at work when he saw an unusual movement in town. He followed the crowd to the local government building, where Ziyobekov’s motionless body lay in front of the statue of Somoni, Tajikistan’s ancient hero, covered with a red cloth according to the Pamiri tradition.

“When I got out I sat down and was listening to the elders. Ziyobekov’s mother brought his body to the center of Khorog and demanded justice from the government. Women wanted to go inside the government building but the elders asked them not to, to avoid conflict,” said Muhammad, who has since left the country to avoid repression.

“The elders wanted to start a dialogue. Then, when the youngsters and men were calming the women down, the security services started shooting randomly at the crowd. People threw rocks at the officials and they shot back again. On that day two people were killed and many were injured from the shootings.”

The government then promised that if the people went home they would meet their demands. The demands included the reversal of the heavy militarization of the region, amnesty to all those who took part in the protest, and an investigation into Ziyobekov’s death.

The people agreed and left, but the government did not meet the protesters’ demands. Mass interrogations in the town began, followed by intimidation and forced confessions. A propaganda campaign in official media portrayed the Pamiris as bandits and troublemakers. The internet has remained switched off to prevent news from the region from reaching the world.

Muhammad was injured in the shootings, but his wounds were not serious. He got discharged from the hospital the next day and left the country immediately. Others who had been to the hospital that day have been tracked down by the security services, with the exception of those who, like Muhammad, gave the hospital staff fake names.

“I think that if the government does not respond to the demands of the people there will be a conflict, people will rise up, which will deteriorate the situation even further. People got to a point of no return, there is no freedom of speech,” he said.

“I want peace at home, but at the moment, the government is at the foundation of the problem. They scapegoat and discredit the Pamiris. And there is nothing the international community has done to put pressure on the government.”

Since the November events, many Pamiris have left Tajikistan, most of them to Russia. But Russia, which has been the main destination for Tajik migrants for years, and one of the main sources of the country’s GDP, is an unlikely safe haven for the Pamiris. While Pamiri organizations operate in Moscow, the close relationship between Russia and Tajikistan makes it a risky place for the Tajik opposition.

Late last year, police in Russia arrested Chorshanbe Chorshanbiyev, a mixed martial arts fighter from the Pamirs, who expressed support for the Khorog protests. He was deported back to Tajikistan and is likely to face long a long jail term and torture, like many Tajik opposition leaders before him.

“The arrest of Chorshanbe Chorshanbiyev demonstrates how Tajik authorities are expanding their long-running crackdown on perceived government critics to include Pamiris, especially community leaders or influential figures who emphasize the Pamiri ethnic, cultural, and religious identity,” said Steve Swerdlow, a human rights lawyer who specializes in Central Asia and is an associate professor at the University of Southern California.

“While Dushanbe has episodically utilized police and military to suppress protests in the Pamirs, until now the government had largely used  extremism and incitement of ethnic hatred articles of the criminal code to target members of political opposition. Chorshanbiyev’s detention – and his forced removal from Russia through coordination among Russian and Tajik security services – underlines that this uneasy truce between GBAO and the central government no longer holds.”

According to Alim Sherzamonov, a civil society activist from Khorog, who currently lives in exile in Poland, the situation in Badakhshan is deteriorating by the day. And there is no end in sight for the conflict.

“The situation in Badakhshan is becoming increasingly tense. The area is surrounded by checkpoints with heavily armed personnel. The army detains people, they behave like invaders in a foreign country. In the last week, two more roadblocks were added,” Sherzamonov said.

“People are forced to sign a piece of paper saying that they will not participate in unauthorized rallies. The paper states that if, after signing, the person is detained at a rally, they cannot protest against their detention.”

Back in the Pamirs, people get ready for a longer conflict with the central government.

“The streets are full of military vehicles, they stop and intimidate people. The majority of our people are poor and everyone is afraid. They are making us guilty as if we attacked the government,” The Khorog contact said in a telephone conversation. “Many people have been put on wanted lists. Everyone wants this nightmare to end.” 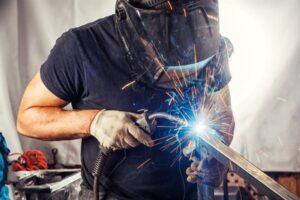 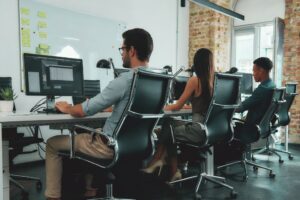 Sitting all day is terrible for your health – now, a new study finds a relatively easy way to counteract it

Israel faces new protests over Netanyahu ‘get out of jail’ card

Sitting all day is terrible for your health – now, a new study finds a relatively easy way to counteract it

Israel faces new protests over Netanyahu ‘get out of jail’ card

Egypt to boost skills of expatriates heading to Saudi shores

Old mice grow young again in study. Can people do the same?